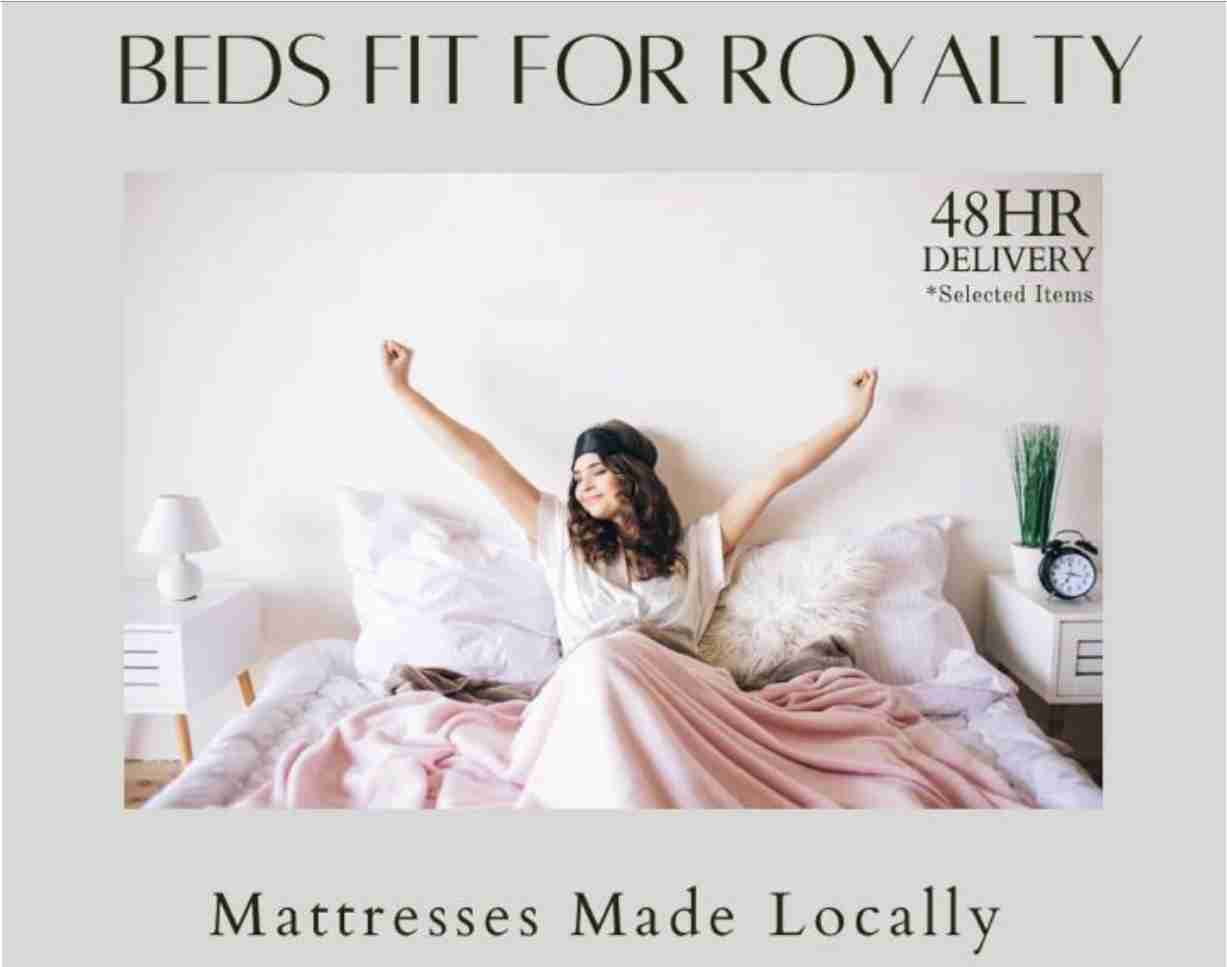 Are you looking for Beds Mattresses Marbella? Marbella Beds here, a local company delivering beds within 48 hours of order. Mattresses are of superb quality and are made locally in Seville. Various sizes in width, depth, and length are available and all mattresses are pocket sprung with Visco making them fit for royalty but without the expensive price tag. Our beds are locally made so we can guarantee delivery of our products in 48 hours. All of our beds include free local delivery with a smile and installation.

Our beds range from a Duke sized 80 x 190 to the King of Kings sized 200 x 200. We offer lengths of 190 or 200. There are 2 bases to choose from a top-quality ventilated and breathable base with 4 legs or a canape storage bed which is very handy when you need that extra bit of storage at home.  In addition, we can offer headboards in varying fabrics and sizes, and designs. All made locally and best service Beds Mattresses Marbella in Seville. 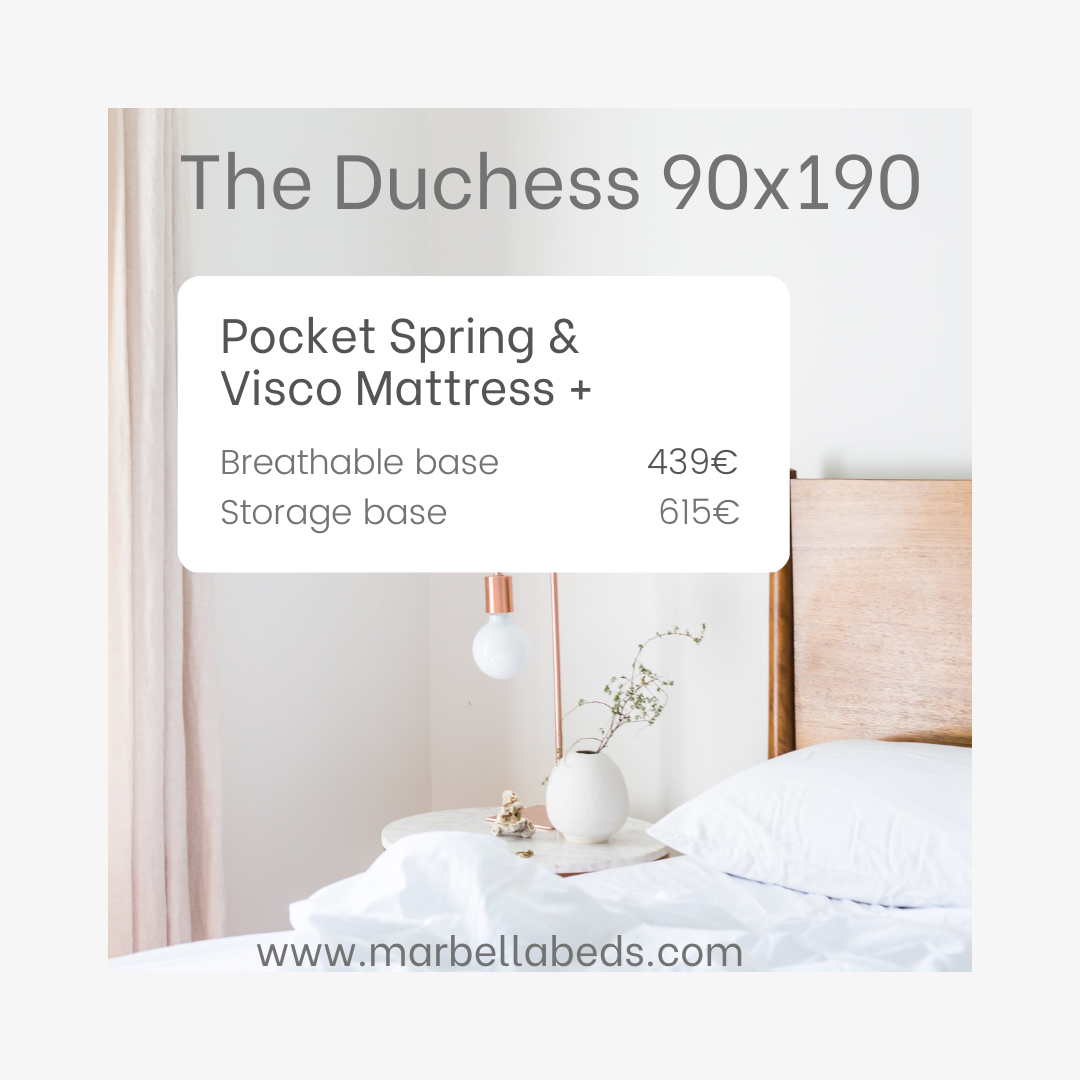 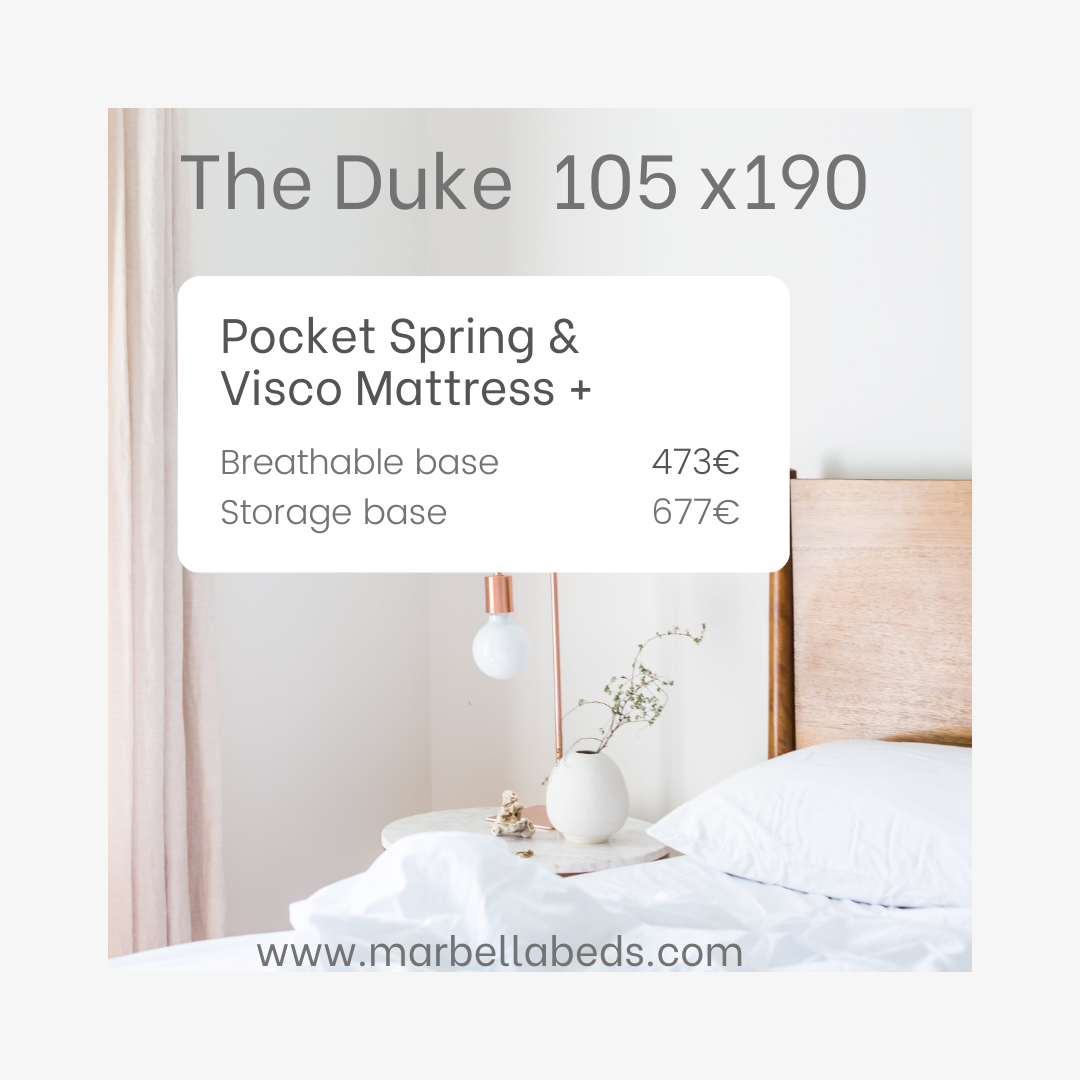 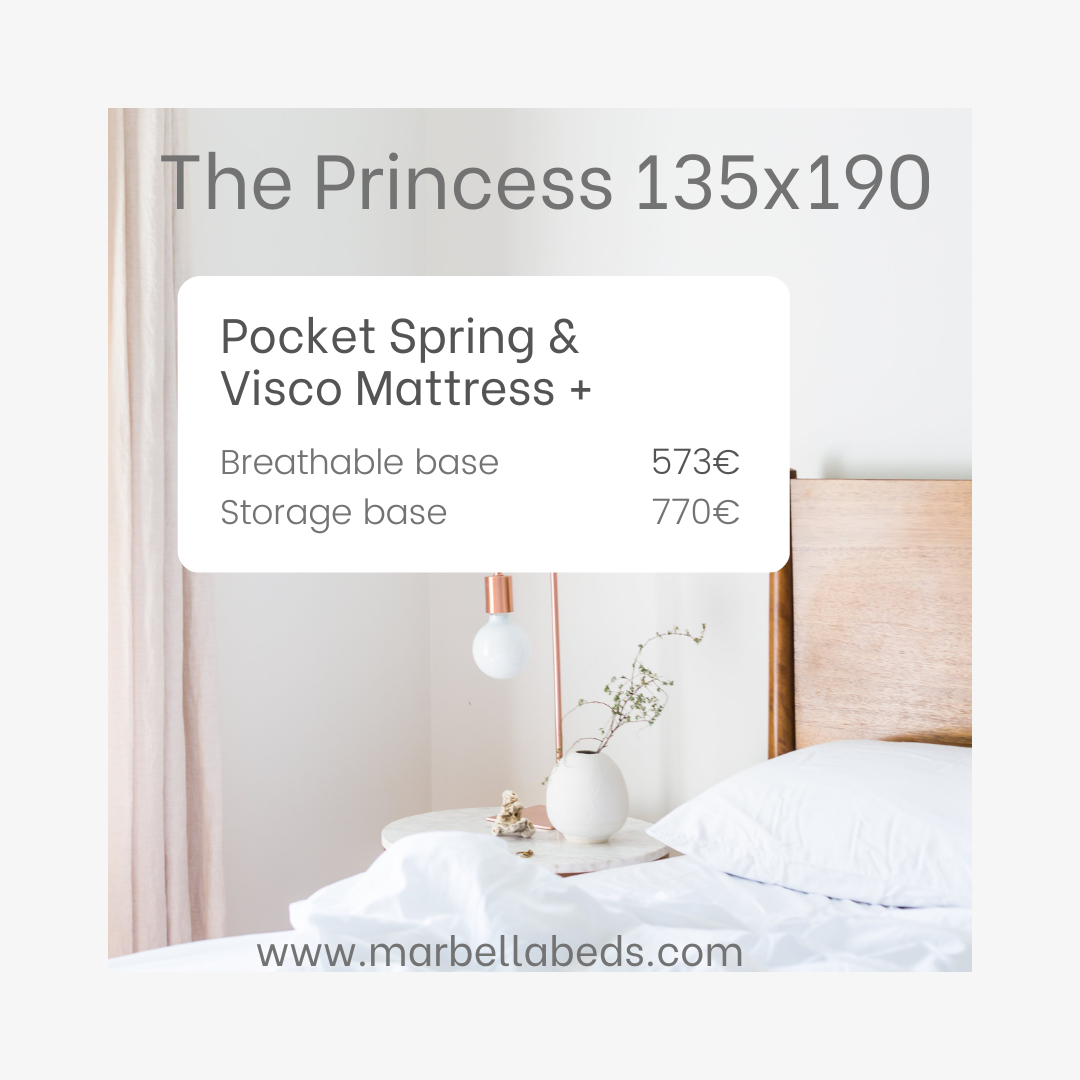 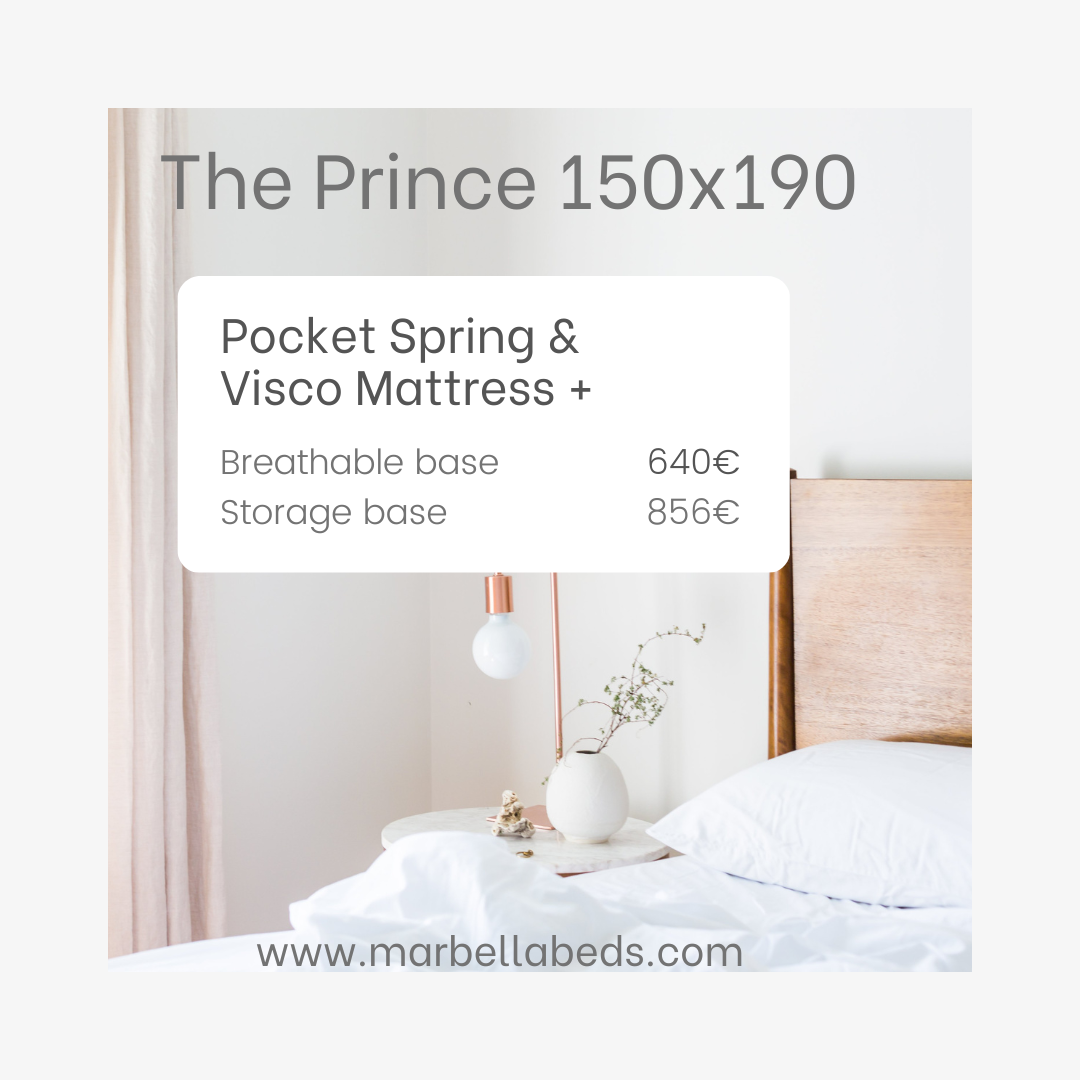 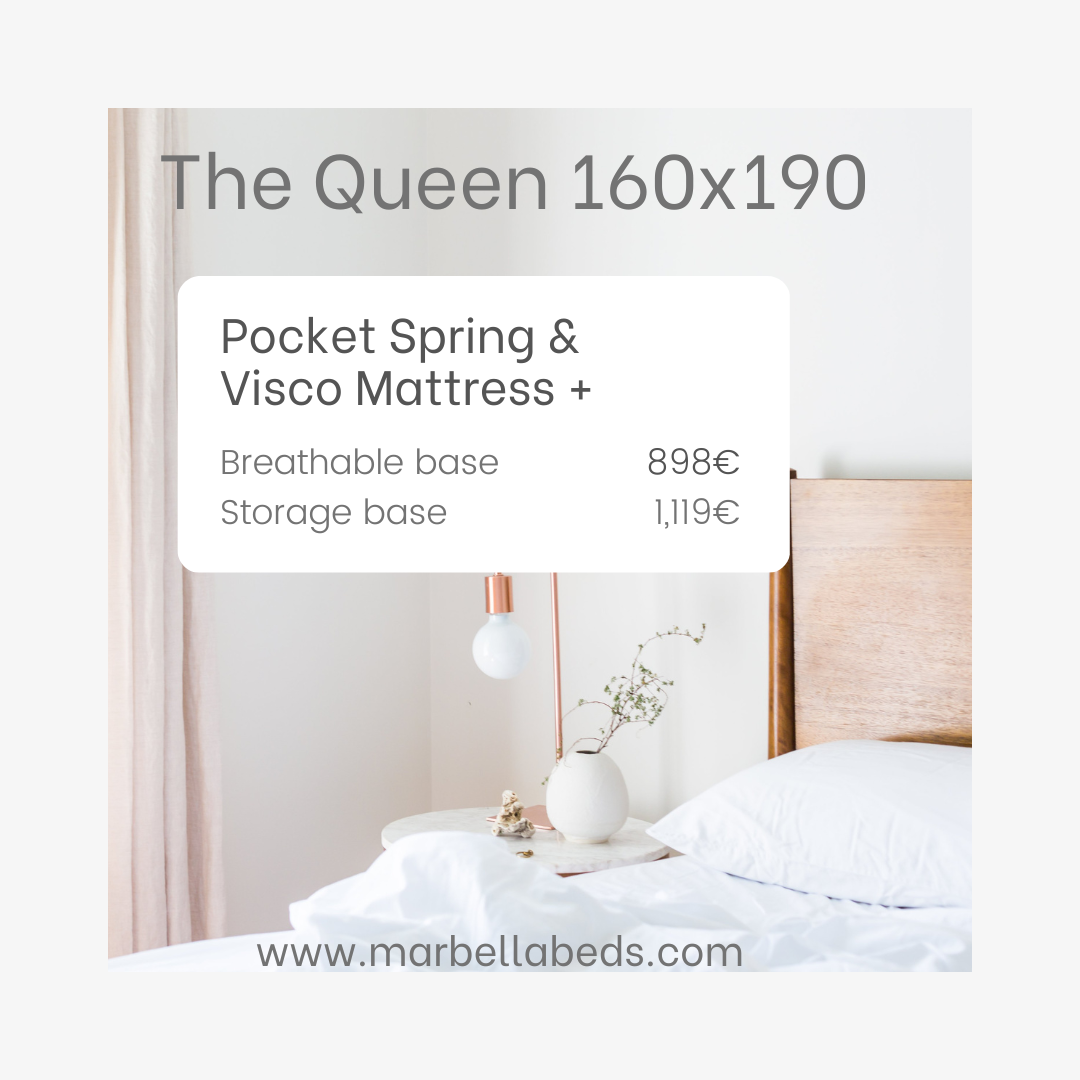 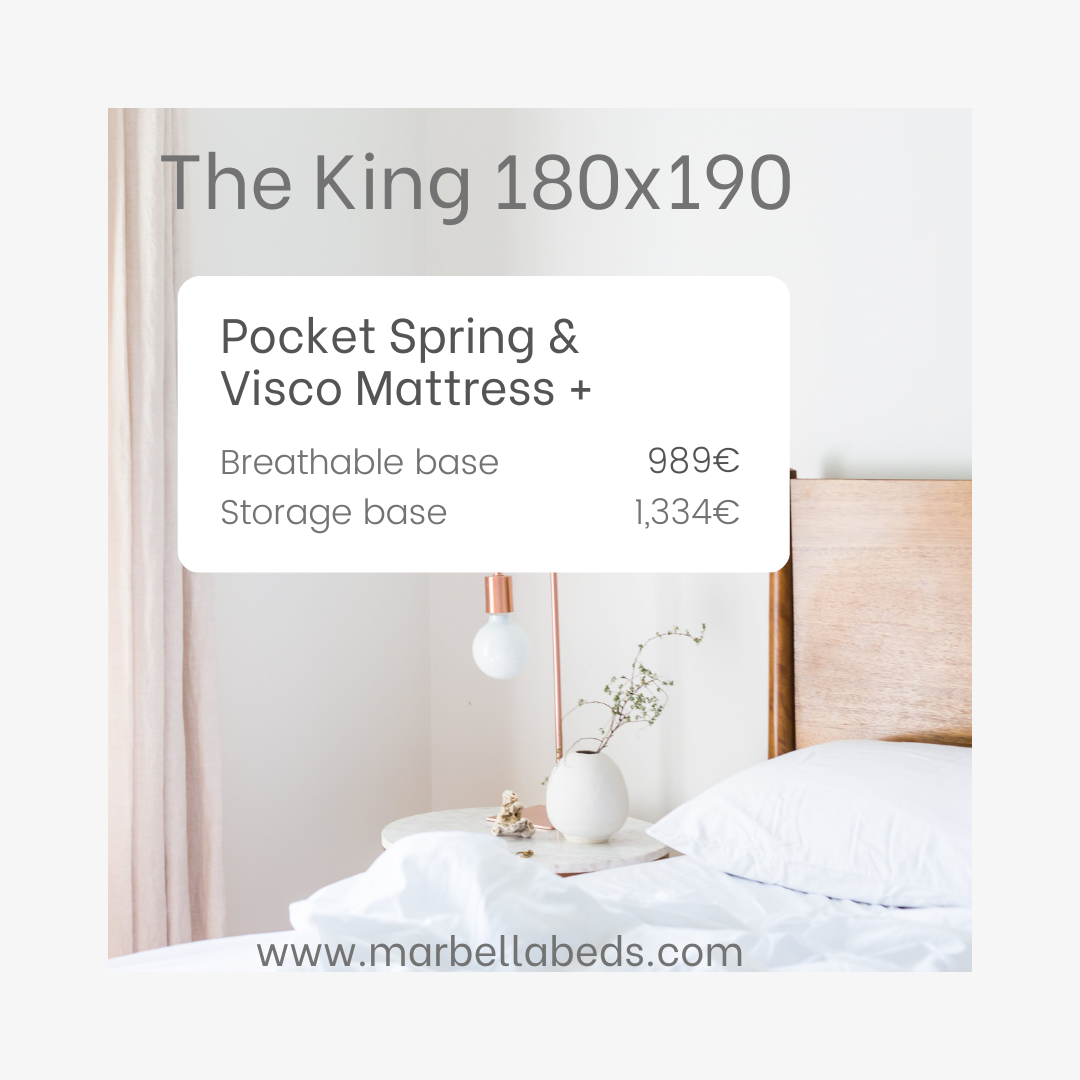 See what our clients say

Some Of Our Latest Installations

“Dear Victoria, Thank you for all help with the apartment. It was fantastic to come yesterday and the beds were in place. We have slept so good in them and the sheets were perfect.” 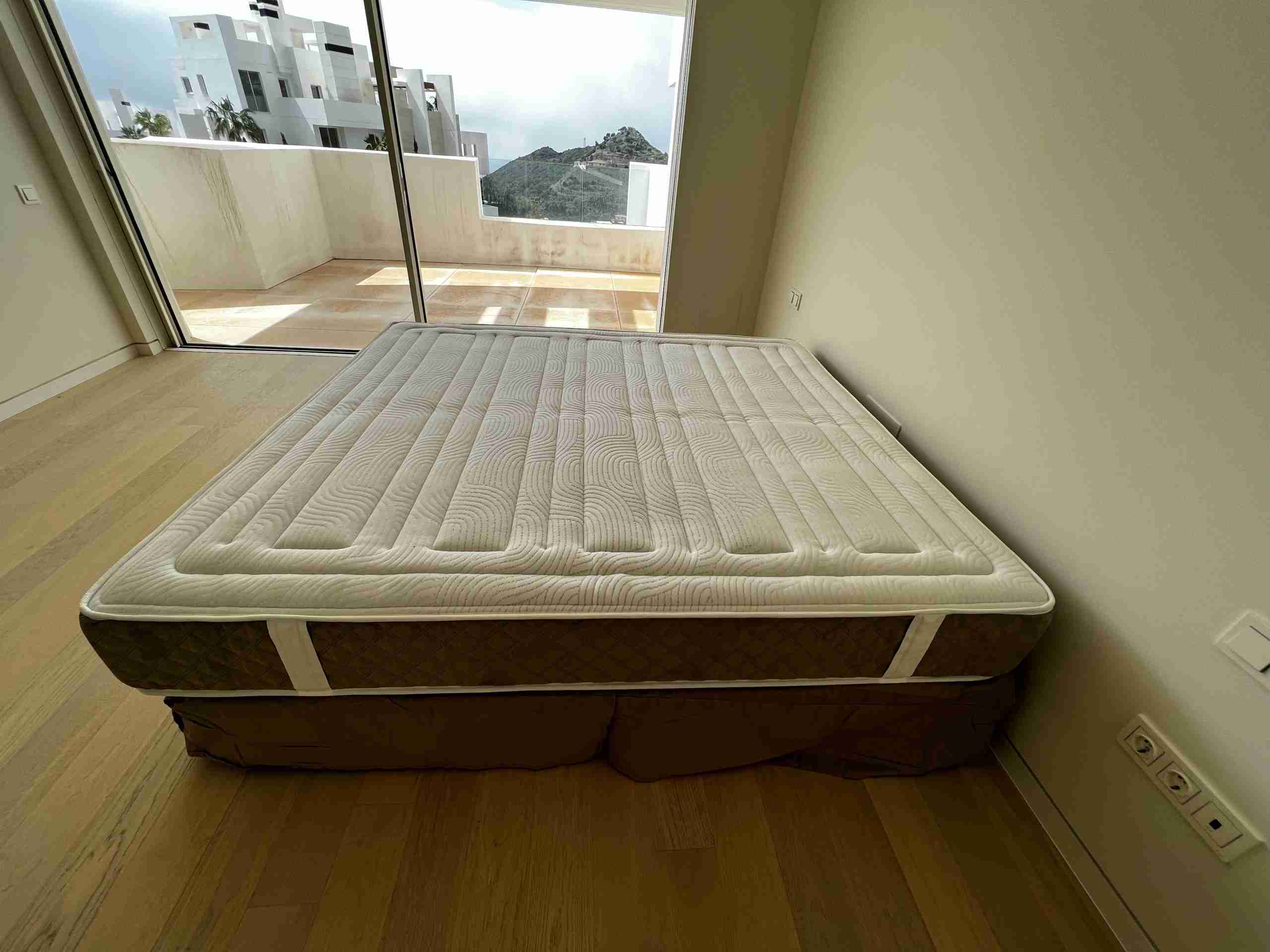 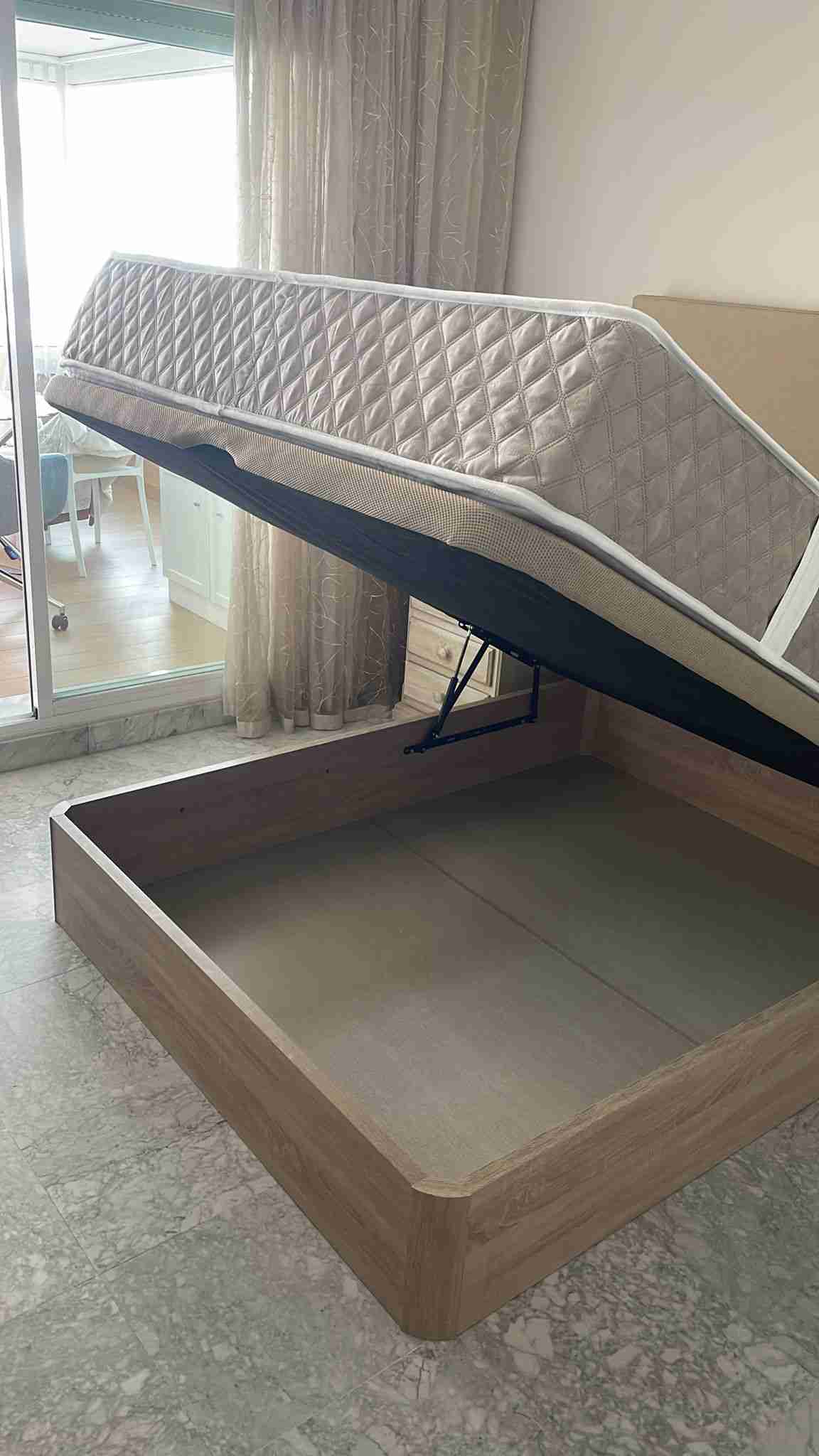 A stunning 180 x 190 canape bed was installed in the master bedroom. Handy in this apartment which was short of storage space.

“Thank you so much for the speed in which you installed our new bed. We had the BEST nights sleep last night, I literally don´t know why we didn´t think of changing it previously!?!”

Given that we spend around a third of our life asleep (that’s approximately 25 years, by the way), we thought we’d delve deeper into the world of sleep to unearth some interesting facts about sleep and what we do when we’re sleeping.

Some were quite surprising, some were entertaining, and some were altogether new!

Nowadays, studies show that roughly 12% of people dream in black and white. Whilst this may seem surprising, before the introduction of color television, this was closer to 75%.

We are able to keep ourselves awake when our body is telling us it’s time to go to sleep. Interestingly, all other mammals have to go to sleep when their bodies feel the need.

According to the National Sleep Foundation, male and female circadian rhythms are slightly different. On average, men have a longer circadian rhythm by six minutes meaning they feel less tired in the evening. Women are more likely to have a shorter cycle, meaning they are more prone to waking up earlier.

During the flu season, it’s recommended to sleep seven to eight hours sleep a night to help keep your hardworking immune system in tip-top shape.

According to the National Sleep Foundation, 15% of sleepwalking, and apparently, you can wake someone if they’re found sleepwalking.

This is the ideal amount of time it takes to fall asleep. If you find yourself dropping off in 5 minutes or under, the likelihood is you suffering from sleep deprivation.

According to The Sleep Council, you can get an extra 42 minutes of sleep when you trade in your old bed for a new one.

We all wake up several times throughout the night, mostly without even realizing, whether that’s due to being too hot or cold, partner movement, kids, or noise. Waking through the night isn’t anything to worry about, according to The Sleep Council; we go through different stages as we sleep and these are peppered with brief awakenings.

When you’re at an altitude (approx. 13,200 ft plus), there is less oxygen which makes it much harder to go to sleep.

We couldn’t go without finishing with a couple of fun facts… giraffes only need 1.9 hours of sleep a day, you can’t sneeze in your sleep, and apparently, newborns can rob their parents of 44 days of sleep per year!

Compliment your bed  with one of our stylish headboards

We also have a wide range of headboards to complement the bed range that we offer. The headboards come in various sizes, designs, colors, and materials so please contact us with your specific requirements to obtain a price. Again free installation and delivery are included within the very competitive prices in Seville that we can offer due to the products being made locally here in Spain.

“When we are asleep in this world, we are awake in another.” 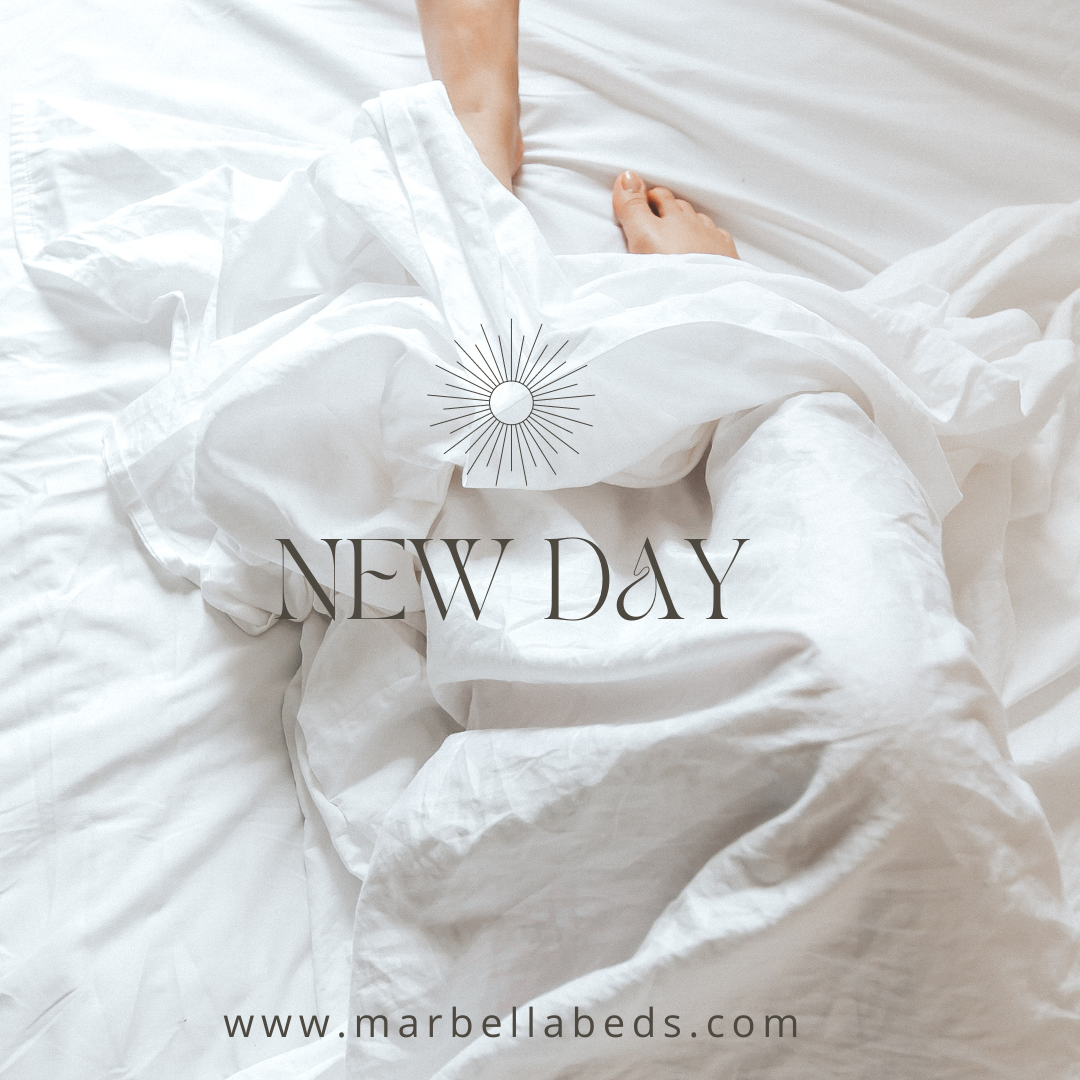 “Let her sleep, for when she wakes, she will shake the world”

Send a Message
Hi, how can we help you?
We use cookies to ensure that we give you the best experience on our website. If you continue to use this site we will assume that you are happy with it.OkPrivacy policy